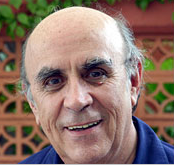 According to Wikipedia, Gustavo Esteva was born in Mexico City on August 20, 1936. The following was compiled from a presentation given by Gustavo Esteva in 2004 titled: Schooling and Education: A Symposium with Friends of Ivan Illich; and Gustavo Teran’s presentation of Gustavo Esteva’s own account of his turning points or “rupturas” from 2002. All taken from the online accounts.
Gustavo Esteva grew up middle class in Mexico City with his Creole father and mother. As his parents embraced the new Westernized Mexico, Gustavo experienced at a young age the pulling away and subsequent discrimination of their indigenous family background. This included his Zapotec (Indian) grandmother from Oaxaca, Mexico, with whom he seems to always looked back with longing to the traditions his family left behind when then became Westernized. In his middle class home, it was believed that education and development would change the status of the family for the better.  However, Gustavo discovered that in embracing what the present and future can give you, one can lose, even despise the traditions of one’s past. Gustavo was educated in a Catholic school and desperately sought for the proof of the existence of God.  He became disillusioned at about 13 years old when he felt the priest and philosopher he was studying under, Father José Sánchez Villaseñor, seemed to only believe in the idea of God, but not the true existence of God.  After a conversation and this revelation, Gustavo discovered he no longer believed in God. It was then that he replaced religion with reason.  From that he felt that reason (and ultimately science) gave him the true way to see the world.  Gustavo looked briefly at other Eastern religions and also found them empty.  During this time, around the age of 15, Gustavo’s father died. During this time Gustavo was still searching and began reading philosophical texts and it that found one he really liked by Marx and Engels titled, “German Ideology.” Along the way he also found a father figure in his college professor Alfonso Zahar. Zahar, influenced his decision to study administration and even helped Gustavo land his first job in the Bank of Commerce.  Gustavo went on to become the youngest executive for the company IBM. From 1970 to 1976 Esteva served as a high-ranking official in the government under President  Echeverria.  When he left this job in 1976 he stated “Even the best development programs, like those I was conceiving and implementing, were totally counterproductive: damaging to their supposed beneficiaries” (Esteva 2004).  He wanted to instead work in the area of civil society, establishing effective nonprofit organizations, which is what he has been working on to this day. He is very well known for his work as an advocate for Post-Development.  Some of his main accomplishments have been working as an advisor with the Zapatista Army for National Liberation in Chiapas, working at the Centre for Intercultural Dialogues and Exchanges in Oaxaca, working with Indian groups, and working as a journalist. One of his greatest accomplishments was establishing a university in Oaxaca, Universidad de la Tierra.
Posted by Gustavo Esteva

-Esteva theorized that the format for traditional schools does not have practical use in the real world, and that it only gives “passport” into society
-“many of them(parents) don’t dare as yet to take their children out of primary school. They don’t want to deprive them of the school diploma, a required passport in the modern society, whose lack is a continual source of discrimination and humiliation”-Gustavo Esteva
-Also contended that traditional education “numbs” students of their culture and heritage
-Main point of philosophy is that we need to radically restructure education to become a more practical compliment to different cultures and societies.
-Believed that the best way to learn a practical trade, or skill, was through working with people who already possess the trade or skill.
-“We learn better when nobody is teaching us. We learn better from a master when he or she is not teaching us…our vital competence comes from learning by doing, without any kind of teaching”-Gustavo Esteva
Posted by Gustavo Esteva

Freedom to Learn: Unitierra in Oaxaca by Gustavo Esteva 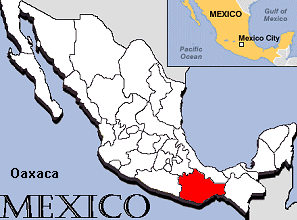 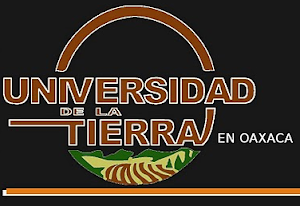 Search for Info on Gustavo Esteva

Nuestros Caminos/Our Roads: A History of Searches from TV Multiversity on Vimeo.

Gustavo Esteva: Learning to Be Activated


Gustavo Esteva discusses many of the concepts we have learned about in this class including power, social change, ideologies, and opening heart and mind to the otherness in this article titled "Learning to Be Activated".